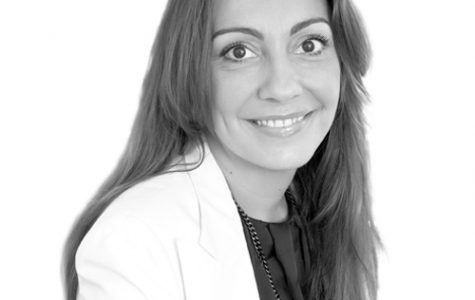 Ana joined Shine in 2011 as Head of Entertainment.

Before, she was Programs Director in Antena3, where she joined after 8 years in Globomedia as Executive Producer and Director of successful shows such as: “El Club de la Comedia”, Ondas award in 2000 and the only show to have been broadcasted in all spanish tv channels; “Noche Hache” for Cuatro or “Planeta Finito” for La Sexta. In that company, she was also director and executive producer of all their theater plays: “5hombres.com” and “5mujeres.com” that hold huge box office records and have been sold to countries such as Mexico, Chile, Iceland or Ukraine, “Francamente, la vida según San Francisco” or the special homage to the humorist Gila “Haz el humor y no la guerra”.

She worked for TeleCinco in her early ages (since 1992) as a scriptwriter, for “La Quinta Marcha”, “VIP” and other important shows such as “El Telecupón”, “Karaoke”, several kid’s shows and all kind of galas like “Queridísimos” or “La Batalla de las Estrellas”.

She also participated in series such as “Querido Maestro” (Zeppelin) and “Hermanas” (Videomedia), apart from collaborations as scriptwriter in different shows and series. These are just some of the works she has developed in the more than 20 years of experience in every field: directing, script writing and executive producing TV shows.